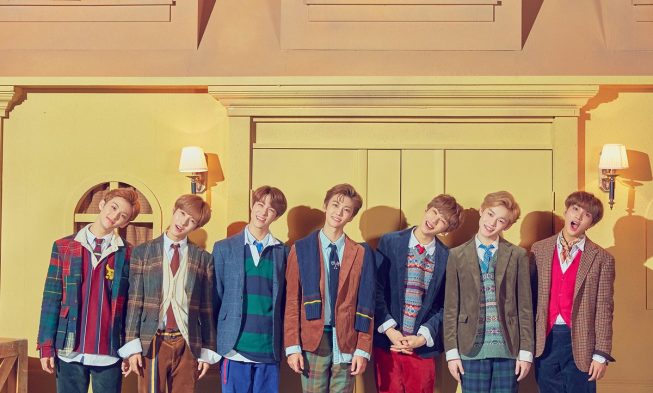 NCT Dream is a boy group which is the third sub-unit of the NCT boy group. This group has a system where members who have entered the age of 20 years Korea (19 years international) will be declared graduated from this unit.

NCT Dream debuted on August 24 2016 with the release of the single ‘Chewing Gum’. While their debut stage was on August 25, 2016 on the MCountdown music program.

The first single album from the SM Entertainment group was released on February 9, 2017 titled ‘The First’ with the main song ‘My First and Last’.

On March 4, 2018 NCT Dream released the single ‘Go’. This song became one of the singles included in NCT’s first album titled ‘NCT 2018 Empathy’.

Then in September 2018 NCT released a song called ‘We Go Up’. This song became the last comeback song with Mark as a member because he is already 20 years old in Korea and has been declared graduated from this sub-unit.

On June 6, 2019 NCT Dream released the song ‘Don’t Need Your Love’ in collaboration with the British singer and YouTuber ‘HRVY’.

This song became part of the SM Station Season 3 project. Unfortunately Haechan did not participate in this project due to her busy work with the NCT 127 sub-unit.

Let’s get to know more in the NCT Dream members by continuing to follow their latest activities through the following official accounts.

Also get to know each NCT Dream members by reading the following profile and biodata.

That is each biodata, profile and interesting facts for all NCT Dream members. Success for the latest NCT Dream collaboration single!