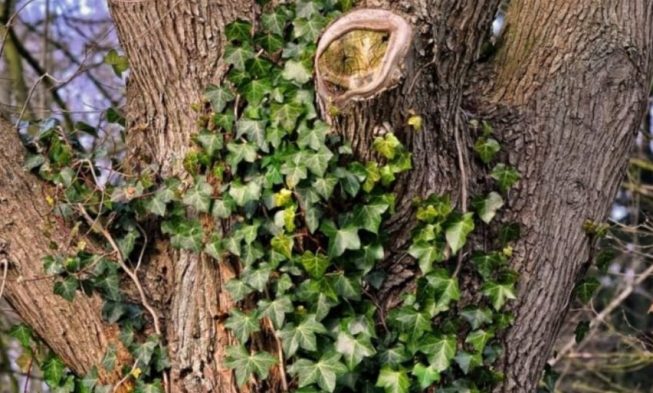 The article below gives you an understanding of why you should remove vines from trees.

The Reason to Remove Vines from Trees

Vines are easily spreading. At a certain point, this plant will suffocate the tree. Slowly but surely, the tree starts to wither and dry. Their leaves turn yellow and brown. It is because the leaves of the vines block air and light.

The roots of the vines also compete with the root of the tree for nutrients in the soil. Besides having leaves, this plant also has hairs that can clasp onto and attach to the bark. The more clasp and leaves on the bark, the heavier the bark.

The more moss, mold, and insect attack the tree, the sicker the tree. With a lack of nutrition, the tree will die soon.

The Way to Remove Vines without Killing Trees

Now, you know the answer to do climbing vines kill trees. The next thing to know is the way to remove vines without killing trees.

Best of all, you can still save the tree while removing the vines. The earlier you remove the vines, the better.

Because of that, you have to pull the vines off gently once you notice them. Gently do it while examining the bark. Stop to pull when pulling the bark.

This trick takes time and energy because you have to choose the bark of the vines and the tree.

Alternatively, you can use some sharp gardening clippers to cut the vines. Cut them about a foot up from the base of the tree, every six inches, or as far as you can reach.

This trick slowly kills the vines without affecting the tree. The dying process often takes a few months. Then, try to remove the dead vines from the tree.

The soil is looser so you don’t need extra effort to pull the roots. Check the area regularly. Repeat to pull the small vines when seeing them grow. It makes you get frustrated sometimes but this trick can weaken the vines.

Cover the area with mulch or lawn fabric to prevent the vines from growing. At least, mulch and lawn fabric make the vines difficult to grow. For a more organic solution, mix boiling water and vinegar. Then, pour this liquid around the vines.

It takes time for vines to die, so pour the liquid several times. Do climbing vines kill trees? Absolutely! The explanation above is complete enough to show how climbing vines harm trees.