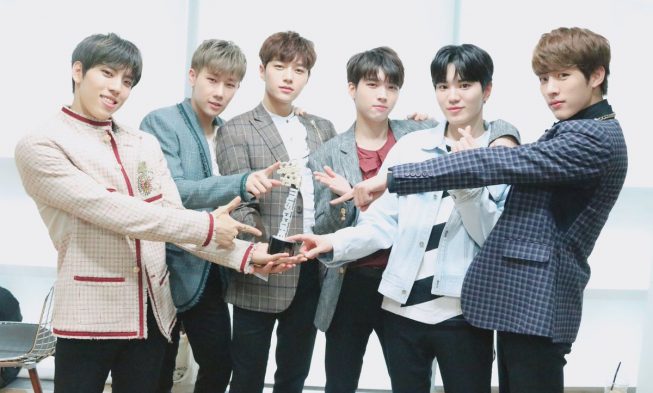 Infinite Members Profile – Infinite is a boy group from South Korea which is a brother group of Golden Child. This boy band is under the care of Woolim entertainment. The same agency as Lovelyz

Boyband was first introduced through a reality show entitled You Are My Oppa. Then on June 9, 2010 they officially debuted by releasing an EP entitled the first infasion. With two singles namely main, back again, and He returns.

Although originating from a small agency, but Infinite is still proven to prove their superiority. In 2011 it became the starting point for infinite success. Honored with their single which is mine, several awards were won by them.

However, amid their success. One of their members, Hoya, decided to leave Infinite, and from their agency Woolim in August 2017. Now Infinite has six members namely, Sunggyu, Dongwoo, Woohyun, Sungyeol, L, and Sungjeong.

They continue their career as Infinite. With the support of the Inspirants – designations for their fans.

Infinite is still able to survive in the Korean music industry. Because as the name inspires, they still support infinite no matter what.

Infinite as one of the popular boy bands surely knows that they have a lot of fans, and the importance of them having a relationship with fans.

Therefore Infinite provides several official sites that they use to communicate with their fans.

If you’ve seen Infinite’s short story, just be curious about the profile of the six members of Infinite. Alright, just look at it here.

Infinite became one of the breakthroughs in the Korean music industry. Born not from 3 major agencies in Korea, they are still able to enter the ranks of a popular boy group. Even beat other boy groups. Keep working Infinite.