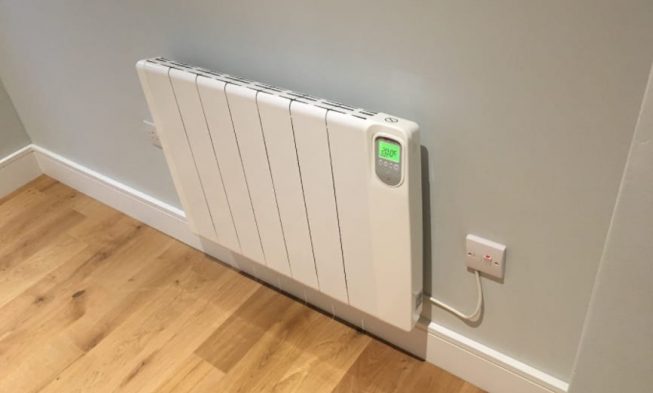 In light of COP26, climate change and energy usage are currently at the forefront of many peoples’ minds. As a result, in numerous countries, a significant push towards electric heating systems has begun.

But why is this the case – and how long will it be until electric central heating is the norm? In this article, we’ll answer these questions as we look to the future of domestic heating.

Electric heating is currently more expensive than gas in many ways – but it’s considered far more efficient, as most electric radiators utilise convection to some degree, providing heat not only for the air around them but also for surfaces and individual people.

This results in reduced heat loss, saving energy. Electric radiators can also be independently controlled, and their energy usage effectively tracked, so it’s easy to manage the day to day expenditure and consumption.

One reason for the global focus on conversion to electric heating is that systems of this kind can easily be powered by renewable energy, including solar and wind.

They are also cheaper than many other options – including heat pumps and hydrogen boilers – both to install and to run.

Any potential future domestic heating switch from fossil fuels to more sustainable energy will only be successful if the average household is capable of paying for installation as well as any increase in energy rates.

If the switch is prohibitively expensive for most people, it will be far more difficult to implement. Because of this, many countries intend to provide financial support to combat this issue.

For example, the UK government has recently unveiled plans to offer £5000 grants as a means of assisting qualifying households in the switch from gas to electric heat pumps.

With the backing of relevant official bodies – and should all go to plan – homes of the future are likely to be powered by ground source or air source heat pumps, heat networks (where hot water or steam is generated from a central plant then distributed through underground pipes) and even hydrogen boilers – as well as the more commonly recognised electric radiators.

How Long Until Electric Central Heating Takes Over?

Many countries and territories have pledged to switch to electric central heating or other more renewable forms of energy use within the next ten years.

In 2019, the UK government announced that new properties will be banned from installing gas boilers as of 2025.

With the International Energy Agency predicting that 30% of global electricity will come from renewable sources by 2024, this is likely to have a very positive impact.

Of course, numerous property buying companies, developers and building firms are likely to be preparing to make this switch well in advance – which means that we are likely to see a strong movement towards electric central heating well before the cut off date.

However, this “boiler ban” does not mean that gas heating will not be permitted after 2025. Those with gas boilers already in their homes can go on using them, as the crackdown will only affect new installations.

However, with the UK committed to reaching “net zero” emissions by 2050, it may not be long before there is a push to have older non-electric boilers replaced in all homes.

In the USA in September 2021, President Biden announced a plan for the American energy grid to be powered by 90% wind and solar energy by 2050 – matching the UK “net zero” target. America has also pledged that its electricity will be 100 percent carbon pollution-free by 2035.

Currently, around 41% of Americans heat their homes using electricity rather than natural gas or any other energy source.

In 2015, the UN launched a series of seventeen Sustainable Development Goals. Goal 7 is “Affordable and Clean Energy”, which features a partial focus on expanding global access to electricity – with a deadline of 2030.

Taking all of the above into account, it appears that major strides to replace gas and oil heating with electricity or other less damaging fuels will take place prior to 2030, with the aim of removing less sustainable domestic fixtures by 2050 at the latest.