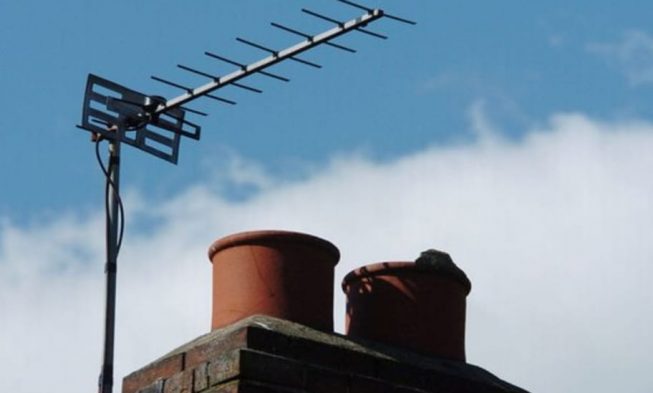 The answer is yes; you can receive digital TV through analog aerial. This is done with the use of a digital to the analog converter box.

This converter box is available for purchase at a variety of retail outlets. Although digital TV can be received through analog aerial, there is a significant difference between digital and analog signals in the manner in which the signals are sent.

We spoke to a representative from Aerial Services, who does Aerial Installation in Watford. They said, “Analog signals are signals that are sent in analog form from a source device to a target device.

The analog Antenna has an adjustable gain and also a working range of 31 miles for DVB-T transmissions. The signal quality degrades as the distance between you and the signal source increases.”

You either get a nice image on digital TV reception, or you don’t receive any picture at all. If you are more than a few feet distant from the signal source, you will not get any image.

The digital antennas are equipped with built-in filters that reduce noise and enhance image clarity.

The analog signal is sent straight to the television, while the digital signal must first be decoded before it can be shown.

This enables error corrections as well as data and compression to be applied to the signal in order to get additional features such as more channels, an EPG, pay television, interactive games, and so on.

The deterioration of an analog signal is proportional to the distance between the receiver and the source device.

Digital transmission, on the other hand, sends data in the form of packets and also in digital format. It makes use of the numbers 1 and 0.

You will be able to see crisp images as a result of the use of digital signal technology. Things like static electricity and snow are not going to happen.

Which is preferable: a digital or an analog aerial?

Digital and high definition transmissions may both be received using analog TV antennas, which are also effective for digital TV signals. Claiming that you need a specific antenna is false.

Rather than being about digital vs analog, the issue is about the frequency of the channels being broadcast.

If an analog signal was broadcasted at a certain frequency range, such as the VHF band, as well as the digital signal that replaced it was broadcast in the UHF band, you might have to upgrade your antenna to accommodate the change.

Receiver antennas sense the vibrations of radio signals at a specific frequency in the air, forcing electrons in the antenna to move back and forth, producing signals that are transmitted through terminals to an electrical circuit, causing a voltage difference to be produced.

So, the only factor that you need to be concerned about is the size of the aerial because it plays a role.

How to set up your Digital to Analog converter box

The following are the steps to take in order to set up the digital to analog converter:

Providentially, you will need your analog television, the antenna you have been using (whether indoors or outdoors), and also the coaxial cable that presently links the antenna to the television.

Your new converter box will be sent with a coaxial cable as well as a remote control, among other accessories. Before you begin installing the converter box, you must disconnect your television from the wall outlet.

Step 1: Disconnect the current coaxial antenna cable from the “Antenna In (RF)” connector on your television.

Additionally, if your Converter Box has an “analog pass-through” function, this configuration will also enable you to get any analog stations that are still broadcasting in your region using this configuration.

For information on how to adjust analog channels, refer to the documentation that came with your Converter Box.

Essentially, a converter box operates by seamlessly converting digital data to analog signals, which may then be shown on your old television.

Generally, analog aerial has gain plus a working range of 50 kilometers for DVB-T transmissions. The signal quality degrades as the distance between you and the signal source increases.

The digital aerials are equipped with built-in filters that reduce noise and enhance image clarity.